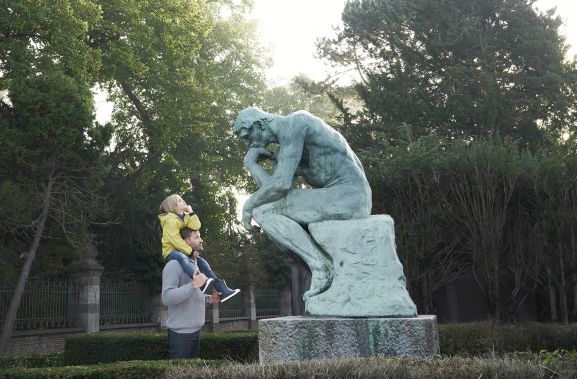 Launch of the European Year of Cultural Heritage 2018

The purpose is to raise awareness of the social and economic importance of cultural heritage. Thousands of initiatives and events across Europe will provide the possibility to involve citizens from all backgrounds. The aim is to reach out to the widest possible audience, in particular children and young people, local communities and people who are rarely in touch with culture, to promote a common sense of ownership.

From archaeological sites to contemporary architecture, from medieval castles to folklore traditions and arts, Europe’s cultural heritage is at the very heart of the collective memory and identity of European citizens. In addition, cultural heritage creates growth and jobs in cities and regions and is central to Europe’s exchanges with the rest of the world. 7.8 million jobs in the EU are indirectly linked to heritage (e.g. in tourism, interpretation and security). Over 300,000 people are employed in the EU cultural heritage sector, and with 453 inscribed sites, Europe as a region accounts for almost half of UNESCO’s World Heritage List.

According to the survey, 8 out of 10 Europeans think cultural heritage is not only important to them personally, but also to their community, region, country and the European Union as a whole.

Especially at a time when cultural treasures are under threat and are being deliberately destroyed in conflict zones, the Commission considered that cultural heritage deserved a European Year in 2018. The European Culture Forum, where the European Year of Cultural Heritage was launched, is a biennial flagship event organized by the European Commission. It raises the profile of European cultural cooperation, brings together the sector’s key players, takes stock of the implementation of the European Agenda for Culture and fosters debate on EU culture policy and initiatives.

To be involved and informed about the Year’s many activities and initiatives: