Currently, the European countries are home to more than 10 million Roma. On the basis of research data, the Roma belong to 3 ethnic groups: the “litovska“ Roma (Roma in  Lithuania), “lotfktka“ Roma (Roma in Latvia) and “kotliar“. “Litovska“ and “lotfktka“ are Roman Catholics, and the “kotliar“, who came to Lithuania from Moldova after the World War II, are Eastern Orthodox. The Roma have no common religion, and they do not profess religion in residential area. They are not connected to the liturgy, and practice it in their own way.

HEAVENLY PATRON OF THE ROMA

On May 4, 1997 Pope John Paul II announced that Seferin Chimenez Malja is a heavenly patron of the Roma. He was born in 1861 august 24, in poor Catholic family, in Spain, Catalonia. S. Malja was a traveller for about 40 years until he started to live in Barbastro (Aragon region). He has also conducted a trade of horses, has earned a title of a wise man. S. Malja was often invited to solve problems of Roma communities. He was married, but had no children, took care of his niece and Roma orphans. He had a strong faith as a Catholic, has promoted the truths of religion, took care of the children’s catechize. During the civil war in Spain, communists presecuted all catholics and especially priests. S. Malja tried to resist against communist group who armed a pastor, but he was arrested. When he was asked if he has a gun, he replied: “Yes, here it is!” – and he showed the rosary. In august 8, 1936 he was shooted down among other priests and monks. Before the execution he said: “Glory to Jesus Christ!” 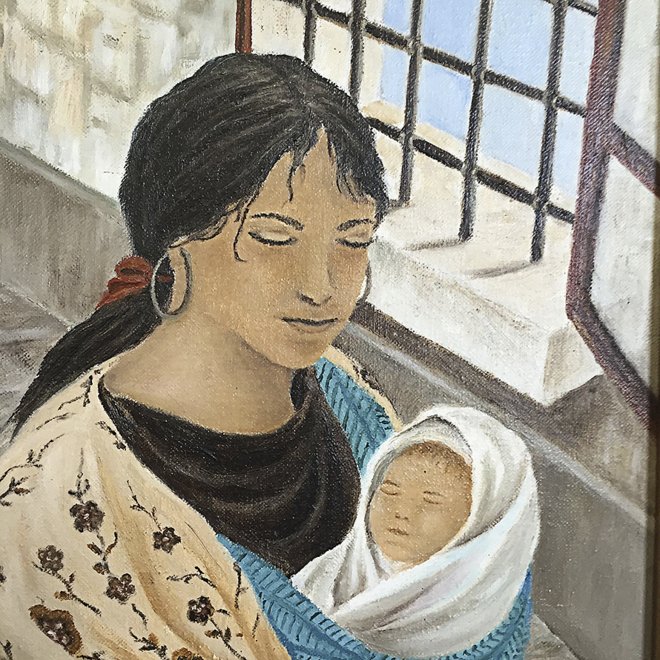 In 2017, the first Roma woman Emilia Fernandez Rodriguez was consecrated. Now she will be blessed next to another Roma holy man – Zefirin Jimenez Malla who was the 1st and so far the only Roma blessed. In 1997, Saint Pope John Paul II has also raised him to the sanctuary. Zefirin as well as Emilia became martyrs by themselves in the context of the Spanish civil war but in different circumstances. Zefirin was shot because he tried defend the Catholic pastor, at the same time, Emilia died in prison.

Emilia was born in 1914, in Roma family was christened and raised according to the Christian faith. Later she had a family of her won but soon a civil war in Spain started. Emilia tried to help her Roma husband to avoid the military service but it was helpless. The couple were arrested. Emilia, in spite of an advanced stage of pregnancy, has been sentenced to 6 years in prison. A young mother in jail gave birth to a girl, but died after a few days because the prison administration refused to provide medical assistance. Her daughter who was born in prison in 1939, was named as Angeles. She was raised in the orphanged house instead of close relatives.  Later she was adopted by an unknown family. Her fate is unknown, although she might be alive today.